Fairy tales are the dreams of a culture. Their characters and stories comment on our collective predicament. They give a sense of meaning to the problems of our times, even though that meaning may not yet be clear. Like dreams, fairy tales voice hidden truths in the language of metaphor and symbol. They safeguard the important questions, even when we have forgotten to ask them.

As a child one of my favorite stories was the Grimm’s Brothers tale of the Twelve Dancing Princesses. There, in a timeless Kingdom, beautiful Princesses disappeared night after night and inexplicably danced holes in their shoes despite the fact that the King had locked them securely in their room. The King was at his wits end and the entire Kingdom was in an uproar over the strange behavior of the young girls.

There is no mention of the Queen in the story. Her absence is disturbing, if anyone cared to think about it, but as a little girl growing up in the1940s, I never even noticed.

Many years later, my daughter Shann rewrote the Twelve Dancing Princesses as a contemporary musical. As a young, liberated woman, newly a mother herself, Shann did notice.

Where was the Queen? Why was she unable to help her daughters?

Shann realized, as did Deborah and I, the seriousness of the problem. The Queen is a powerful image of mature femininity and it is her disappearance, rather than the disappearance of the Princesses, that is the primary issue, the key mystery to unravel. The absence of the wise older woman was, and is, having a profound effect on the entire Kingdom.

Until the feminine wound is healed in us as older women, we stand by helplessly as our daughters dance to exhaustion. Watching them, we re-experience the confusion of what happened to us as young women – we too lost ourselves trying to live up to the idealizations of a culture that has lost its reverence for the feminine.

Our own pain is mirrored in our daughter’s turmoil. We want to help but we cannot. We cannot show up for our children until we can show up for ourselves. 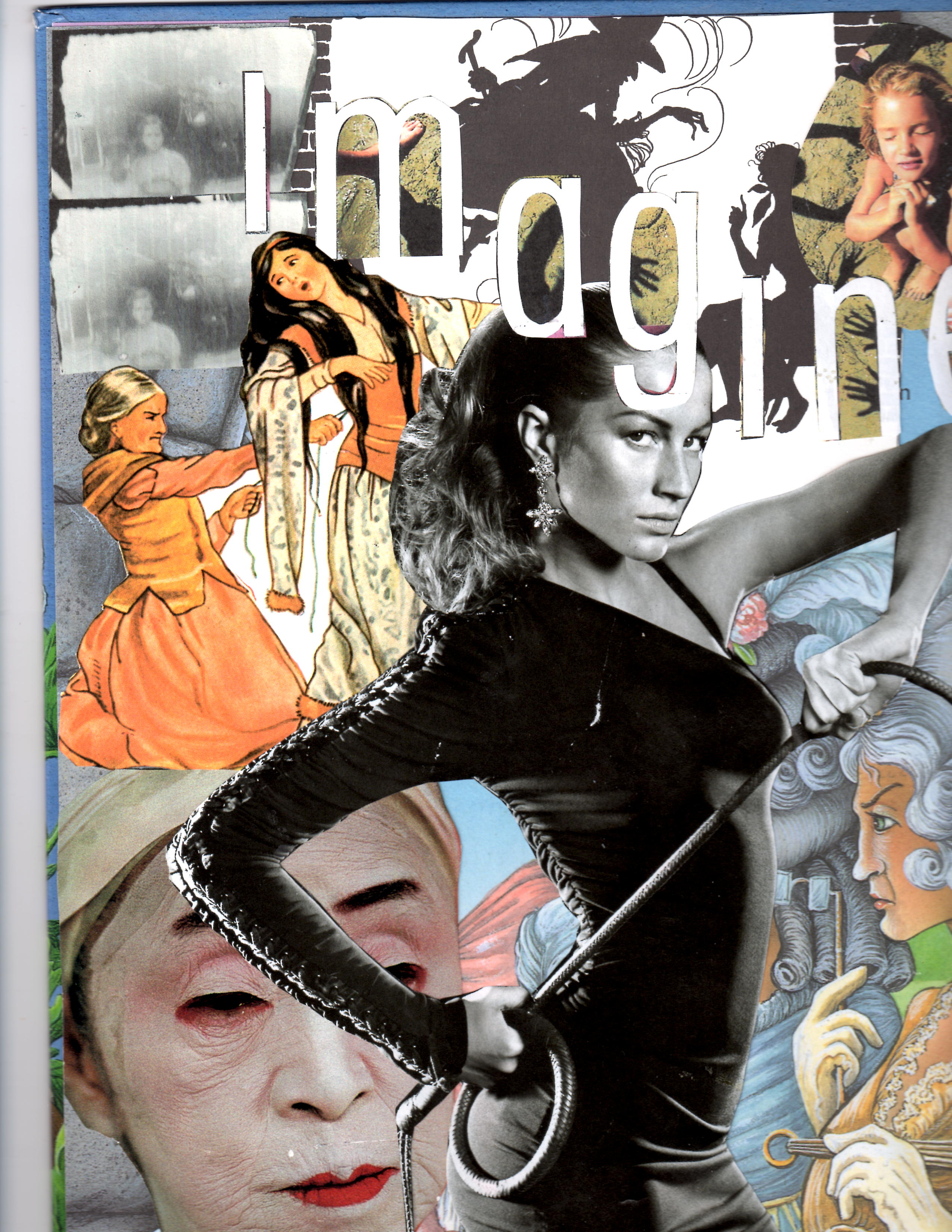 When Deborah and I began working together in the year 2000, we set out on a search for the missing Queen, for the parts of us that had been lost in our feminine socialization. So many women, in their efforts to be the perfect girl, the perfect wife and mother, make a bargain with the Devil; we trade our authenticity for a brittle set of pleasing, socially acceptable behaviors.

At some point in a women’s life, there comes a time to break the deal.  For Deborah and I that time had come.  With a surge of energy that surprised us both, we rewrote Shann’s musical as a contemporary story, titled it The Queen is Missing, and have been working with its throughline ever since. The images and metaphors have been powerful guides through the uncharted complexities of growing older in a culture with distorted views of femininity at every stage of life.

Deborah and I were captivated by the curious spell the Queen was under. On the day her first wrinkle appeared, the Queen fell under the spell of the Ugly Mask. The King no longer recognized her. She no longer recognized herself. The beautiful, sought-after Queen disappeared, seemingly overnight, into the lonely, dark Forest. She became invisible to everyone in the Kingdom.

Every woman has her own version of that first wrinkle experience. For Deborah, the onset of menopause was an edgy, highly-charged time. Unruly hormones ignited feelings she didn’t know she had. She was, in Dante’s words, lost in a dark wood; alone, afraid, and very angry – with whom or what she couldn’t say.

I, on the other hand, grew up in a family so focused on having a positive attitude that, at a conscious level, I was missing the whole thing. My first wrinkle experience went unnoticed. I stayed positive by not looking. Meanwhile, beneath the surface I was being pounded by the waves of change. Lots of things in my life were out of whack and I was spending most of my energy pretending that was not so.

Whether or not we notice, that first wrinkle experience, and all that follows it, can last a decade. Menopause is not an event; it is a long, grueling, and ultimately transfiguring, process. Our entire brain gets re-wired and every one of our beliefs and behaviors are called into question. The time comes, whether we like it or not, when we are called to let go of youthful identities that have now become too small. 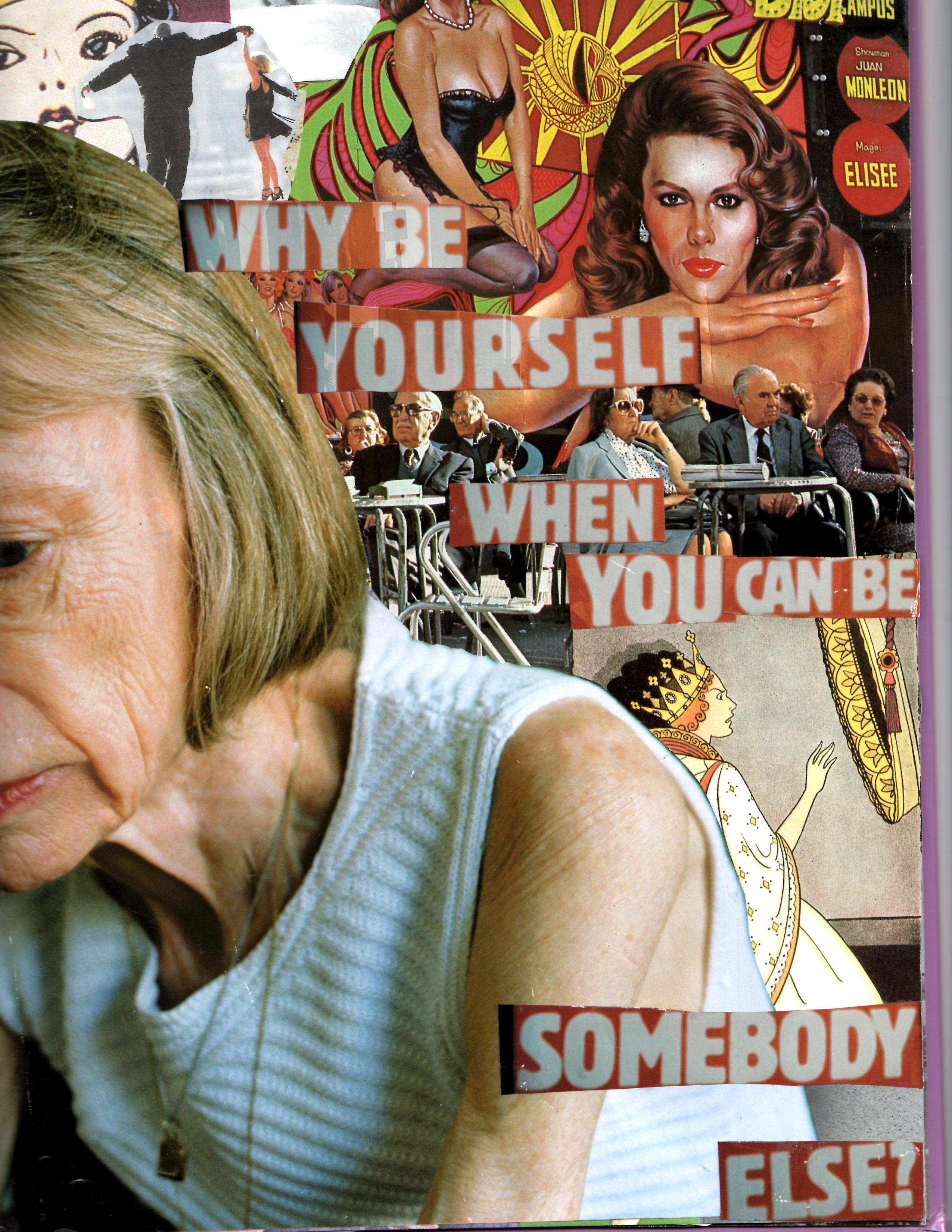 There are necessary and legitimate tasks to navigate at this important threshold and there are culturally created obstacles that make these tasks difficult to accomplish; so difficult, in fact, that that many women turn away and refuse to face the challenge.

Much of the suffering we experience comes from a culture so focused on youth and heroic expectations, so overwhelmingly masculine in its viewpoints, that the prospect of growing old, let alone becoming an old woman, is like falling under an evil spell.

It’s not easy and it’s not painless to grow old. However, the fears and distortions our culture holds about the old woman can keep us from doing the work we need to do. In order to find our way forward, we must be willing to look with clear eyes at what is, and why it is this way.

Like the Queen in our story, each of us must enter the Forest; we must step outside the confines of the culture and challenge the bizarre, dangerous distortions that keep us from being our most authentic selves. We need time alone – quiet, reverential time – and the support of other women, to turn towards the uncomfortable, but crucial questions we have not had the courage to ask.

We are a generation of educated, free-thinking women with immense potential for change. If we were not terrorized by our fear of wrinkles, if age was not an ugly word, we might come to realize the importance of the passage we are in.

Ann Nix holds a Masters Degree in Counseling Psychology and is a Certified Clinical Hypnotherapist and Group Facilitator in Sonoma, California.